GOVERNMENT MINISTERS EMITTED over 400 tonnes of carbon dioxide equivalent during the course of their duties last year, an analysis by The Journal has found.

Data provided by each government department shows that the collective transport emissions of Ireland’s ministers and junior ministers in 2021 equated to more than 220 flights from London to Sydney or one-and-a-half rocket launches into space.

The figure was calculated following a series of requests made under Access to the Environment (AIE) regulations, which sought details of all flights taken by ministers and junior ministers, mileage claimed for car use, and the make and model of those cars.

Emissions were then tallied using independent data on vehicle emissions and a government-approved method for calculating carbon emissions for air travel.

They are then required to pay carbon tax on every tonne of carbon emissions caused by their air travel, with the money allocated to the Climate Action Fund.

The 34 members of Government emitted 406 tonnes of CO2 equivalent between them – or an average of 12 tonnes each – on commercial flights, the use of the Government jet and on mileage claimed for the use of their cars.

The final figure is an under-reporting of the true number because multiple departments did not hold data on mileage claimed and the Department of Housing refused to say which cars its ministers drove, meaning their vehicle emissions could not be tallied.

By comparison, the average person in Ireland emitted 12.6 tonnes of carbon dioxide equivalent across all sectors – including energy consumption, waste and transport – in 2018, the most recent year for which figures are available.

Flight journeys included dozens of trips around Europe, the US and the Middle East, thousands of kilometres on the high-emitting government jet, ten flights to and from the COP26 environmental summit in Scotland and three flights internally within Ireland.

Other high emitters included finance minister Paschal Donohoe, agriculture minister Charlie McConalogue, Taoiseach Micheál Martin and junior minister at the Department of Foreign Affairs Thomas Byrne – all of whom made frequent use of the government jet.

Departments were also asked whether ministers or junior ministers used public transport in the course of their duties last year, as well as whether they drove an electric or hybrid vehicle.

Four ministers drove an electric car during 2021, with a further five driving hybrid vehicles. Eight used public transport at least once during the year, while two used a ferry to travel abroad instead of getting a flight.

Low emitters tended to be those who did not travel abroad, claimed low amounts of mileage or drove electric vehicles – as well as those whose departments did not provide complete data or information relating to car make and model.

Here’s how each minister fared.

The Taoiseach emitted at least 38.4 tonnes of CO2 equivalent after taking 24 flights last year, the vast majority of them on the Government jet, including trips to European Council meetings in Brussels and meetings with the British Government in the UK.

In fact, just a quarter of his flights last year were on commercial aircraft, including travel to and from the UN General Assembly in New York in September and to and from the COP26 summit in Glasgow last November.

However, it was not possible to calculate Martin’s emissions from driving because he has a Garda driver and information about his car and mileage travelled is held by An Garda Síochána. His true emissions are therefore higher than the figure above. 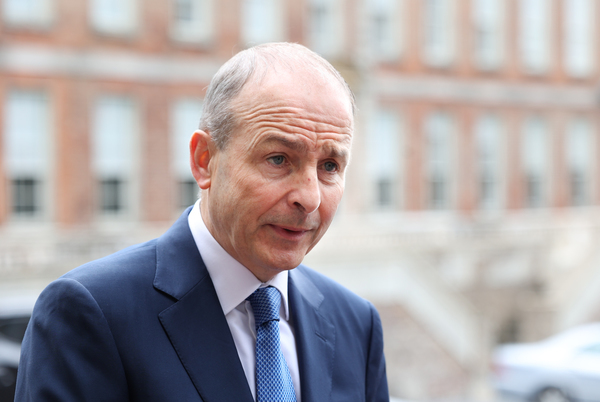 The Tánaiste, who likewise has a Garda driver, emitted at least 6.6 tonnes of CO2 equivalent last year on 13 flights to places including the US, Brussels and the Middle East, though only one of these was on the government jet.

The Fine Gael leader also used public transport twice: in September, he took a train from London to Paris, while he also travelled from Brussels to Amsterdam via train last November.

The third Coalition leader, the Green Party’s Eamon Ryan, emitted at least 1.5 tonnes of CO2 equivalent during the course of his work as Minister for Environment and Minister for Transport last year.

He took 12 commercial flights during 2021, including two to and from the COP26 summit in Scotland.

Ryan also used public transport twice: once in Brussels in October and again in Dublin in December, while his 1,425km in mileage was claimed on an unspecified electric vehicle.

He took ten commercial flights and 21 flights on the government jet to locations including Cyprus, Portugal, Greece, Italy, Brussels and the UK.

He also drove 16,000km in a Volvo S90 petrol hybrid, with a spokesperson for his department explaining that this travel was “generally in and around the Dublin area with occasional trips elsewhere in the country”.

McGrath took two commercial flights to and from Brussels and another two to and from London during 2021, emitting half a tonne of CO2 equivalent in the process.

He also claimed 26,935km of mileage on an 1800cc Toyota Corolla, emitting a further 3.79 tonnes and bringing his total emissions to the year to 4.3 tonnes of CO2 equivalent.

He took 44 flights on the government jet and 39 commercial flights to places including China, the US, Turkey, Kenya, Saudi Arabia and the COP26 summit in Glasgow.

It was not possible to calculate his road emissions because he has a Garda driver.

Coveney also used public transport once in the course of his duties, travelling to Washington DC from New York via train last September.

The justice minister, another one of those with a Garda driver, took four commercial flights in December last year: two to and from London, and another two to and from Brussels.

Helen McEntee’s total emissions for 2021 was at least 0.3 tonnes of CO2 equivalent, though the figure is incomplete due to a lack of records about her mileage.

The Wicklow-based health minister did not travel abroad last year, meaning his only transport emissions were caused by driving his hybrid car.

Darragh O’Brien was another member of Cabinet who didn’t travel abroad during 2021.

However, no figure could be calculated for the Fianna Fáil minister, as his department refused to say which car he used to drive 20,309km during the year.

Agriculture minister McConalogue emitted at least 45.4 tonnes of CO2 equivalent in 2021, taking 16 flights on the government jet, mostly to and from Brussels, though he also visited Rome, Ljubliana, Lisbon and Luxembourg.

The Donegal TD claimed 48,641km in mileage in a car with a two-litre diesel engine, though his department did not specify which make or model this car was so it was not possible to calculate his emissions from driving. 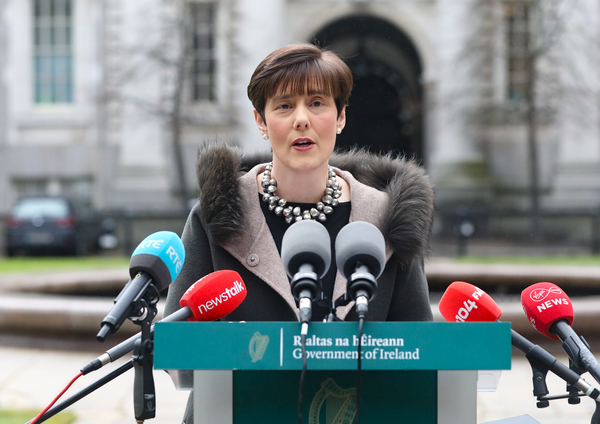 Norma Foley was another of those who didn’t travel abroad for official reasons last year, but she clocked up a relatively high level of emissions by driving alone.

The Kerry-based TD claimed 47,290km in mileage while driving a 1.5 diesel Nissan Qashqai, pumping out 6.8 tonnes of CO2 equivalent during the course of 2021.

No news is bad news
Support The Journal

Simon Harris took just two flights last year, but managed to rack up his emissions when using the government jet on a trip to Paris last November.

After arriving in Paris, he travelled to Brussels by train before flying home from the Belgian capital via commercial aircraft the following day, clocking up 2.2 tonnes in the process.

Harris also claimed 26,837km in mileage on an Audi A6 last year, emitting 3.8 tonnes of carbon to bring his total for the year to 6 tonnes of CO2 equivalent.

Of all those who flew during the course of their duties last year, Heather Humphreys travelled the least distance: in July, she took a flight from Connemara Airport to Inis Oírr, and then travelled back to Connemara from Inis Meáin.

She also claimed 15,524km in mileage while driving an Opel Insignia, which added to her almost negligible flying time gave her a 2021 emissions total of 1.9 tonnes of CO2 equivalent.

With her extensive portfolio, Green minister Catherine Martin had a lot of travelling to do in 2021. She took 11 commercial flights last year to places including Italy, the UK and the US.

However, she left no emissions while driving her fully electric Nissan Leaf, meaning her emissions for the year clocked in at 1.5 tonnes of CO2 equivalent.

O’Gorman, another Green Party minister, likewise kept his official transport emissions for the year down by driving a hybrid car.

He claimed 12,544km on a Mitsibishi Outlander, which emitted 0.6 tonnes of CO2 equivalent.

O’Gorman also took seven commercial flights on two trips: one to Jordan (via London) in November and one to Brussels in December, which both accounted for emissions totalling 0.7 tonnes. His total for the year was 1.3 tonnes of CO2 equivalent. 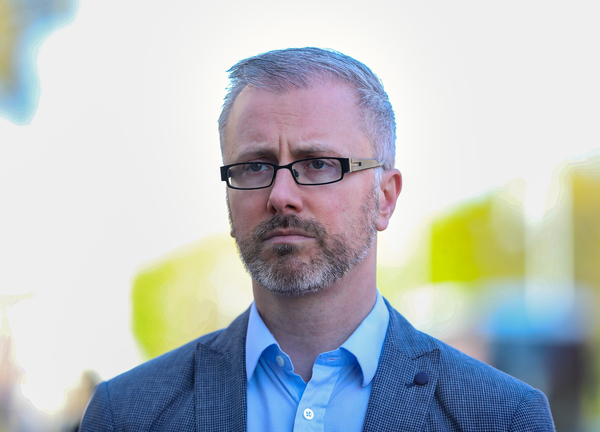 The 21 minsters of state at the departments above also managed to clock up at least 94.3 tonnes of CO2 equivalent between them last year.

Byrne’s total was entirely made up of flights to locations across Europe, including six journeys on the government jet and 53 trips using commercial aircraft.

Meanwhile, Collins took just two flights last year – both journeys on the government jet to and from Brussels – and claimed 52,764km in mileage on his BMW 5 Series.

Minister of State with special responsibility for Trade Promotion Robert Troy came close to double figures, emitting 9.6 tonnes of CO2 equivalent last year while driving, as well as two flights on the government jet and another 25 commercial flights.

He also claimed 35,351km in mileage last year – though over 33,000km of this was while using two different electric vehicles: a Tesla 3 and a Skoda Enyaq.

Green Party senator Pippa Hackett had the lowest amount of emissions of any junior minister last year, totalling under 1kg of CO2 equivalent during a ferry journey to the COP26 summit, though her department did not specify details about her car.

Another Green Party junior minister, Malcolm Noonan, also used a ferry to get to COP26 – a journey for which every other member of Government took a plane – though his 0.5 tonnes of total emissions for 2021 is also an incomplete figure as his department would not release the make or model of his car.

The emissions for the remaining junior minsters was as follows: